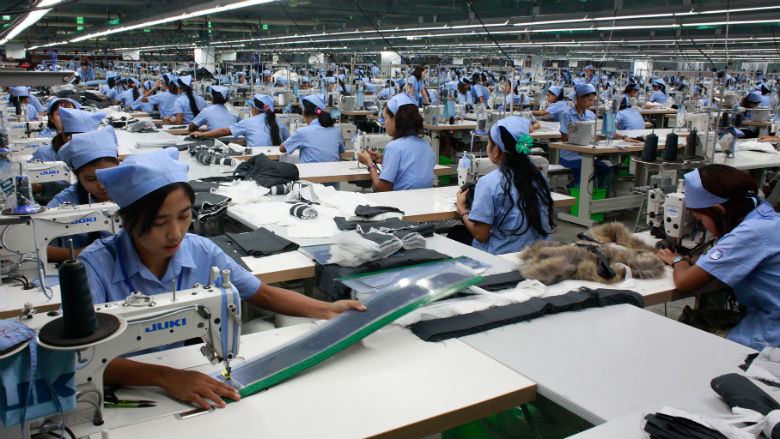 Imports of raw materials by CMP businesses from 1 to 25 October in the current fiscal were valued at US$160.7 million, an increase of $12 million compared with the corresponding period of the previous financial year, according to the Ministry of Commerce. And export of finished industrial goods touched $477 million in 25 days of trading. In 2018-2019FY, export of finished industrial goods crossed $9.8 billion while it was $8 billion in 2017-2018FY.

According to the Directorate of Investment and Company Administration (DICA), the manufacturing sector is likely to attract the most foreign investments in the current fiscal year. Myanmar’s manufacturing sector is largely concentrated in garments and textiles produced on the cutting, making, and packaging basis, and it contributes to the country’s GDP to a certain extent. The CMP industry has emerged as a very promising one in the export sector.

The value of CMP exports was just $850 million in the 2015-2016 fiscal year, but it tripled within two years to reach $2.5 billion in the 2017-2018FY, as per figures provided during the Myanmar Global Investment Forum 2018, held on 12 September 2018. Japan is the largest market for Myanmar apparel, followed by the European Union. There are currently over 400 garment factories in Myanmar, which employ more than 300,000 workers. Investors prefer to invest in cheap-labor countries like Myanmar.