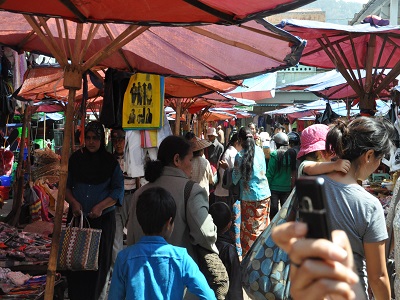 Singapore – Myanmar-focused Yoma Strategic Holdings is planning to form a strategic partnership with AC Energy, the energy platform of Philippine conglomerate Ayala Corporation. The two companies are looking to establish a 50:50 joint venture (JV) to scale up Yoma Micro Power (S) Pte Ltd (YMP) and to explore developing around 200 megawatts of additional renewable energy projects within Myanmar, which will include participating in large utility-scale renewable projects.

As part of this transaction, Yoma Strategic and AC Energy have signed a binding term sheet for the new JV to invest at least US$30 million (S$41.2 million) into YMP. YMP builds micro power plants and mini grids that provide electricity to off-grid rural communities and telecommunications towers in Myanmar. It is rolling out 250 micro power plants by the end of 2019 and is expected to scale up to more than 2,000 sites by 2023.

Yoma Strategic owns a 35 percent stake in YMP, while the International Finance Corporation (IFC) and Norway’s private equity firm Norfund each hold 30 per cent. The remaining 5 per cent is held by YMP’s managing director Alakesh Chetia. After the investment and restructuring, which is planned for 2020, the JV is expected to hold at least 50 percent of YMP. 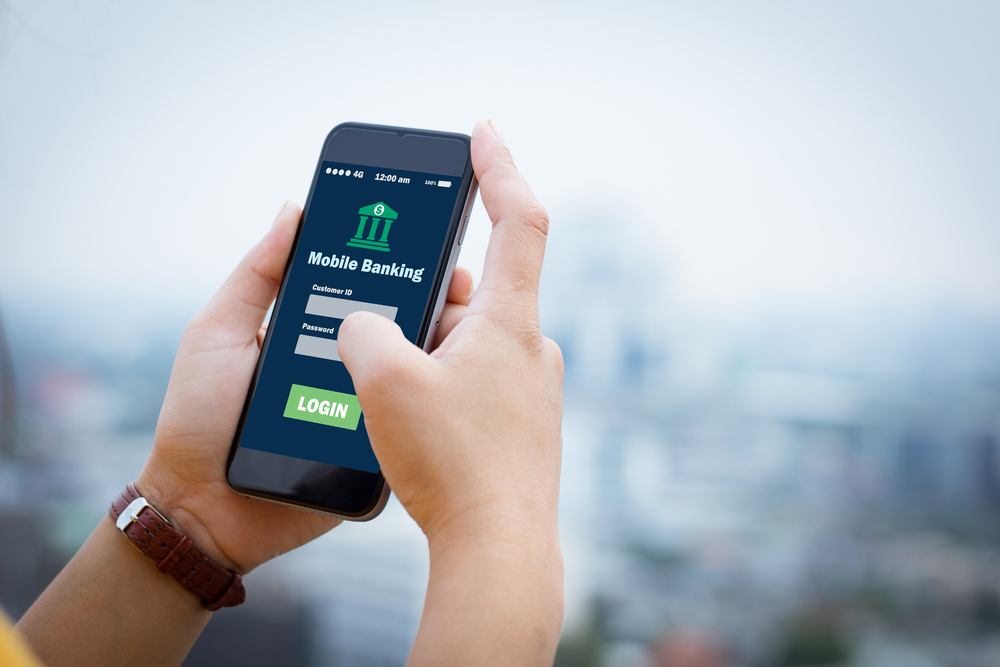 Yangonites will be able to pay Yangon City Development  Committee’s (YCDC) taxes by mobile phone from 1 October. The mobile payment system for taxes was launched at a ceremony held on 12 September at the Yangon City Hall. The system was introduced with the aim of facilitating the payment of YCDC taxes, such as the municipal land tax, property tax, general tax, and kitchen and sewage tax through a mobile application wallet.

It uses Yangon City Bank’s (YCB) payment gateway, which has been set up in cooperation with the KBZ, AYA, and CB banks. The new YCDC bills function gives users flexibility and the assurance of safe and secure payments, and the option has been added to the QuickPay function, which allows payments to over 90 companies, organizations, and universities.

With full receipt of taxes, better urban services can be extended and provided, such as the installation of GPS systems on garbage collection vehicles and construction of a waste-to-energy plant. In addition, rubbish bins and public toilets can be also be maintained as part of public services. Currently, the YCDC is using taxes collected from the public to upgrade the city to make it beautiful and clean. It is also planning to launch other applications to provide better services to the public, if the mobile payment system succeeds.

The Digital Yangon App, implemented by the Digital Economy Development Committee, connects the public with the government, MPs and departments to handle issues facing the city. It can now be used in six downtown areas of Yangon. It is an application to connect the people with the local council, regional assembly, and government as part of an e-government system.

The app was first tried out in Kyauktada township in March, and during the pilot period was mostly used to handle complaints about rubbish, road problems and abandoned vehicles. As the trial succeeded, the service can be assessed in Pabedan, Botahtaung, Latha, Lanmadaw and Pazuntaung townships. Public can report to the Government about leaking water pipes, waste disposal in public areas, blackouts, illegal car parking, damage to roads, crimes, floods, fallen trees, child labor, stray dogs and construction law violations.

The app, which can be used on both Android and iOS phones, allows reports to be sent with photos and video, and there are now more than 3000 users. Plans call for the app’s coverage to be extended from the current six townships to 33 more in the future, said Kyauktada MP Daw Kyi Pyar.

Amid the ongoing liberalization of Myanmar’s financial sector, the Central Bank of Myanmar (CBM) has hired a German consulting firm, Roland Berger Company Limited, to provide advisory services on the process of awarding licenses to foreign banks looking to do business here.

As part of the financial sector reforms, Myanmar last year started working on plans to welcome more foreign banks into the local market. Last November, the CBM allowed foreign banks to provide import financing and to extend loans to local companies and provide other banking services, opening up a new source of funding to local corporates. In January, MOPF opened up the insurance market to foreign companies wishing to operate life and non-life insurance businesses in Myanmar.

Currently, branches of 13 international banks from China, Japan, Singapore, India, Malaysia and Vietnam are listed with the Central Bank, while 49 other banks have representative offices here. Union Minister of Planning and Finance (MOPF) U Soe Win told the media in July that the government will allow foreign banks and insurers to provide retail banking services in the domestic market in the coming year.

Thai Life will transfer know-how and technology to provide a full range of life insurance coverage to meet demand from Myanmar’s customers. The company will promote savings and investment-linked insurance products, which are insurance types that are in demand, and products will be developed further to better serve demand. The life insurance business in Myanmar could deliver leapfrogging growth in tandem with the country’s economic expansion. Myanmar has a population of over 50 million. All these create opportunity for high growth in the market.

Myanmar’s Planning and Finance Ministry approved a joint venture application of CB Insurance and Thai Life on July 31 and the joint venture deal is expected to be completed by October. There are two options for foreign life insurers to operate in Myanmar: one is the formation of a wholly owned subsidiary and another is a joint venture with local insurers. 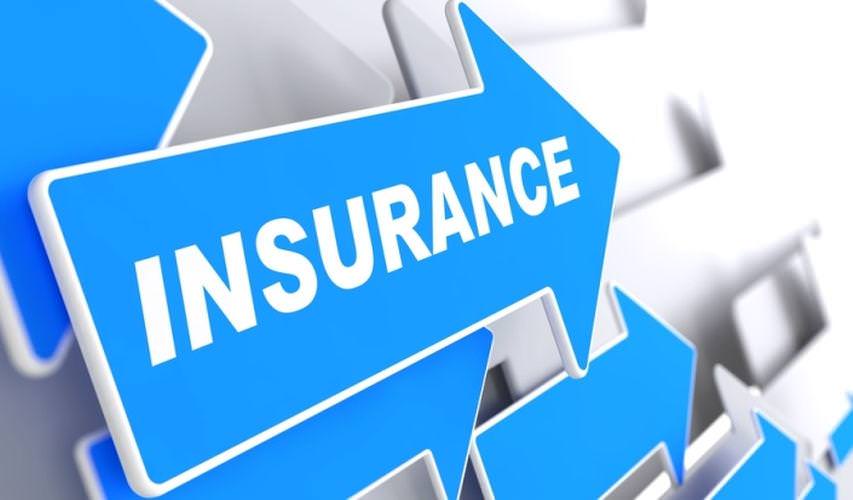 Myanmar has approved six joint ventures between local insurers and five companies from Japan and one from Thailand as the government moves to attract foreign investments and grow the country’s under-penetrated insurance industry, according to an announcement of the Ministry of Planning and Finance.

According to MOPF’s 2017  Statistical Yearbook,  Myanmar’s insurance industry recorded 56.75 billion kyat ($37.54m) of premiums between April 1, 2016 and March 31, 2017. Currently, only 86 in 1,000 people have insurance in Myanmar. Japanese insurance company Dai-Ichi has forecast the sector will expand 100-fold, to $1.3bn, over the next decade, according to Nikkei Asian Review. Even then, it would still be relatively small; insurance premiums in Vietnam were estimated at $5.75bn last year. Telecom International Myanmar Co Ltd (MyTel), launched in June last year, can roll out 5G services next year if the spectrum license is granted. The company made a test-run of the 5G service on July 31 where a speed of 1.6 Gpbs was recorded compared to the 4G network’s 150 Mbps.

MyTel will be partnering Huawei for the 5G network services. The service will be available in urban areas first before being offered in rural areas. A crucial factor would be government support for the implementation of the 5G spectrum roadmap including mobile phones and infrastructure that can support the service.

With government’s implementation, 5G services launching would be possible next year. The company has invested K1.2 billion in infrastructure with 15 million subscribers. The 5G network not only offers 100 Mbps speed for the internet, but will mean that artificial intelligence, virtual reality, Internet of Things and smart cities will also become a reality. There would be benefits to various industries and sectors of the economy.

Mytel is 49pc owned by Viettel, a Vietnamese enterprise wholly owned and operated by Vietnam’s Defence Ministry. Twenty-eight percent of Mytel’s shares are owned by Star High, a subsidiary of the Myanmar Economic Corp, a conglomerate owned by Tatmadaw (military). The remaining 23pc belongs to Myanmar National Telecom Holding, a consortium of 11 local companies.

The UK government’s development finance institution announced this week a US$30 million (45.4 billion kyats) investment in the Myanmar internet service provider Frontiir, formerly known as Myanmar Net. The British CDC Group, formerly the Commonwealth Development Corporation, said the investment will help Frontiir expand across the country to eventually bring more than 2 million people online. The CDC is fully owned by the government of the UK and operates on a mandate “to build thriving communities that provide sustainable opportunities for all citizens.”

The Frontiir investment helps the company meet the UN’s Sustainable Development Goal number nine, which deals with “Industry, Innovation and Infrastructure.”  Under that umbrella, the UN goal seeks to “Significantly increase access to information and communications technology and strive to provide universal and affordable access to the Internet in least developed countries by 2020,” UN documents read. It marks the CDC’s first direct equity investment in Myanmar.

The CDC said its investment will allow Frontiir, which already employees more than 1,600, to hire an estimated 4,000 more people. Frontiir plans to expand its internet service, branded as “Myanmar Net,” to cover lower income townships within Yangon and Mandalay and to eventually cover 22 cities and towns across the country in the next few years. “CDC’s capital will help accelerate [Frontiir’s] growth, helping it reach further remote regions,” said Srini Nagarajan, CDC managing director and head of Asia.

Mr. William Boulter, Chief Commercial Officer, IndiGo said, “In line with our international expansion strategy, we are excited to announce Yangon as our new international destination. We see significant traffic coming from Yangon to the Buddhist circuit thereby enhancing economic growth and tourism in India. This new route will strengthen the cultural relationship between the two countries and will boost trade, tourism and mobility.”

Local, Foreign Insurance Cos. Readying to Sell in Myanmar

Myanmar’s Ministry of Planning and Finance is set to give the go-ahead to joint ventures between local and foreign insurance companies in August. Myanmar’s insurance business regulatory board, which is overseen by the Ministry of Planning and Finance, is currently scrutinizing companies that have submitted requests for proposals (RFP), said U Zaw Naing, the board’s secretary. Nine foreign companies have expressed interest, but only six of them submitted RFPs for joint ventures, according to him.

Surveys by private insurance companies estimate that only 1 percent of the country’s population is currently interested in purchasing life insurance. Most current plans are bought for vehicle and fire insurance. At present, local companies provide over 15 kinds of insurance, including life, travel, fire, health and vehicle. 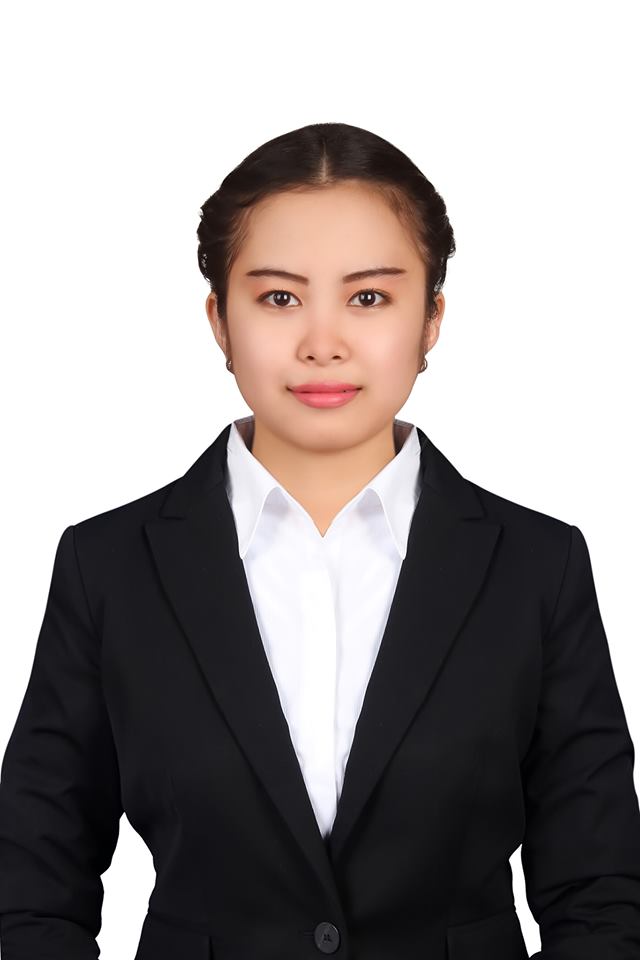