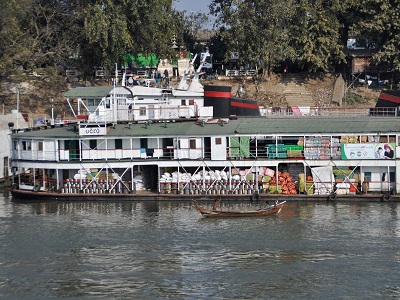 As part of the upgrade of the Yangon Circular Railway, a new locomotive factory is being constructed near the Insein locomotive factory, said U Maung Maung Thwin, the general manager of the Civil Engineering Department. Currently, the only  factory in Insein has 11 railways. The coaches ply daily for 200 rounds.

The upgrade of the Yangon Circular railway is being conducted in three phases. In the first phase will be repair of railways, drains, bridges, platforms, and interchanges. In the second phase will be upgraded level crossings, and finally, traffic lights and indicator points. A total of 37 coaches are being serviced daily at current factory. Once the new factory is completed, it will increase to 98 coaches, all equipped with air-con, replacing the old ones.

The installation of 300 bus stops out of the targeted 500 in the Zone 1 has been completed, said U Hla Aung, the joint secretary of the Yangon Region Transport Authority (YRTA). For the project, Yangon has been divided into three zones. The Zone 1 includes six downtown townships and Kamayut, Hline, Mayangon, Yankin, South Okkalapa, and Thingyangyun townships.

The FMI Decaux Company, which won the bid for the project, has been commissioned to install 500 bus stops in the townships, of which, 300 have been constructed, according to the Yangon City Development Committee. The Zone 2 includes Hlinethaya, Shwepyitha, Insein, Mingaladon, and North Okkalapa townships. The Ganad Company, which succeeded in the bidding for the project, will install 258 bus stops in the townships. The project at Hlinethaya Township has begun.

The Zone 3 includes East Dagon, Dagon Seikkan, Dawbon, Thakayta, South Dagon, and North Dagon townships. A total of 409 bus stops will be set up in the zone by the Zenith company. There are about 1,850 bus stops across commercial hub Yangon. The YCDC will construct the remaining bus stops.

A temporary Bailey bridge to replace the Gote Twin Bridge, which was blown up by armed groups on 15 August, is expected to be commissioned into service on 20 August.

After a load test, trucks and vans weighing less than 36 tons will be allowed on the bridge from 20 August, according to the Ministry of Construction. Deputy Minister U Kyaw Linn inspected the construction of the triple truss, single story, two-laned, 210-feet Bailey bridge on 18 August. The Ministry of Construction and Shan State Government decided to construct the Bailey bridge after the Gote Twin Bridge was damaged in a recent explosion.

Over 5,000 vehicles passed through the Gote Twin Bridge, carrying commodities worth US$15 million every day between Myanmar and China. The bridge is the major bridge on the Mandalay-Muse-Lashio Road which is the main trade route to China.

Myanma Shipyards to build six vessels during next half

The Myanma Shipyards-AMECC Joint Venture Co Ltd, between Myanma Shipyards and Vietnam’s Dong A Shipping Industry, will build six vessels and repair 10 in the six months from October 1 to March 31. All offers for the next shipbuilding projects are from local private owners in Myanmar. Ship vessels are built according to the criteria of the Classification Societies (ClassNK)

The six vessels to be built in next six months are four 30-metre fishing trawlers, one 36-passenger vessel, and one 70m oil barge. The company is building the four trawlers starting this year under eight-month contracts. The company is also repairing two passenger vessels, two oil tankers, one offshore utility vessel, one buoy-laying vessel, two steel yachts, one recreation river vessel, and an oil barge. It is also repairing four cruise ships, two 25-metre harbour tugs, one offshore accommodation barge, and a recreation river vessel.

The joint venture delivered a US$2.2-million multi-functional buoy-handling vessel, the “BH-101,” to the Directorate of Water Resources and Improvement of River Systems on July 27. The Joint Venture was signed in 2015, and it started operations that October. Its name was changed to Myanma Shipyards-AMECC Joint Venture Co Ltd to build and repair commercial vessels in 2017. The company has built 38 vessels in four years.

Right-of-way surveys for a sky-train system in Yangon have started, said Yangon Mayor U Maung Maung Soe. U Maung Maung Soe made the announcement during a press conference at Yangon City Hall on Monday to brief the media about the project.

The Ministry of Transport and Communications, the implementation agency, will survey the land required for the project, which is being carried out with assistance and funding from the Japan International Cooperation Agency, and will inform the Yangon City Development Committee of the results. Besides the surveys, studies will also be conducted on the socio-economic effects that the project may have. Compensation for land or buildings that may have to be appropriated for the project will be based on market prices.

The proposed route for the sky train will pass through Hlaing Tharyar, Mayangone, South Okkalapa and Yankin townships. Starting from Hlaing Tharyar railway station in western Yangon, the proposed route will cross the Hlaing River and stop at Parami station in eastern Yangon. The 18-kilometre sky train will include 13 stations and is projected to be completed by 2027. 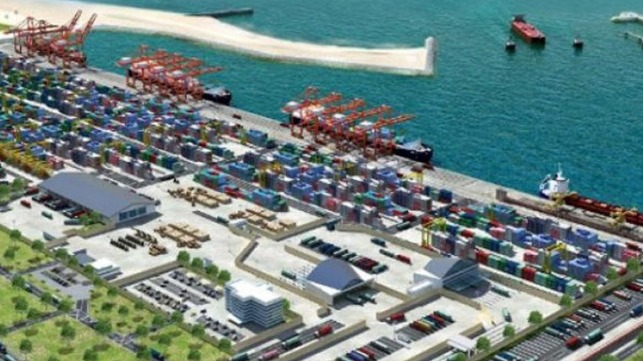 Competition heats up on Yangon-Shanghai route

Chinese budget carrier Spring Airlines on Monday commenced scheduled operations at Terminal 1 of the Yangon International Airport (YIA). Spring Airlines will operate direct flights between Yangon and Shanghai using an Airbus A320 aircraft, which has the capacity to carry 186 passengers. The carrier offers flights from YIA four times a week.

The move comes just a month after China Eastern Airlines launched a direct Shanghai-Yangon full service flight using Airbus 320 aircraft. This route offers flights from YIA three times a week. It was China Eastern Airlines’ ninth route connecting China and Myanmar, making it the airline with the most flights between the two countries, and it expects to transport around 360,000 passengers on those flights in 2019.

With the addition of Spring Airlines, there are now 32 international airlines operating at YIA, connecting Myanmar to 33 destinations across Asia, Yangon Aerodrome Company Limited, which operates YIA, said in a statement. At least ten are Chinese airlines. To date, 15 cities in China, including Shanghai, are connected with Yangon. 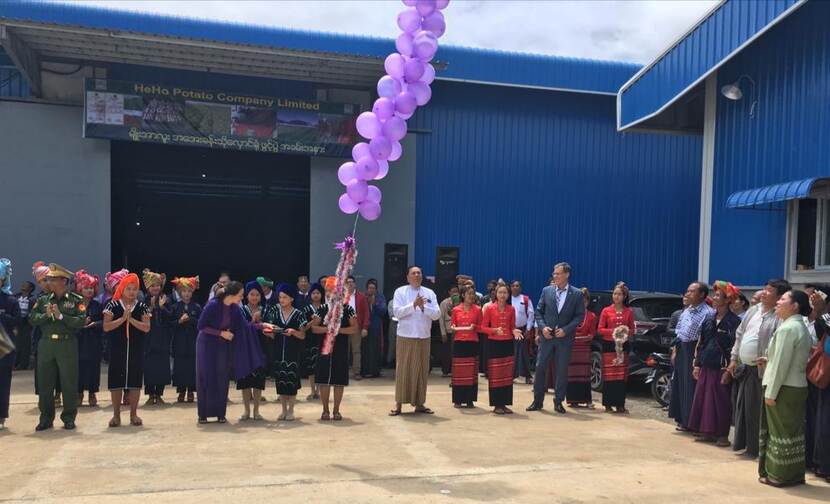 A cold storage warehouse for potatoes of the Heho Potato Company was official opened on 21st of June, 2019 in Heho, Southern Shan State, Myanmar. This is the third professional cold storage facility for potatoes in Myanmar and the first commercial warehouse which compasses substantial storage capacities, and is equipped with modern technology from Omnivent.

The cold storage can store up to 1,000 tons and the main purpose is to provide good quality potatoes for consumers and potato seeds for farmers and to share knowledge about good storage systems and technical know-how to keep good quality seed preserved for next growing seasons.

The successful event was attended by many hundreds of interested farmers and many others, including a member of the Union Parliament (Hluttaw) and the agricultural unit of the Netherlands Embassy, Agricultural Assistant Ms. Aye Aye Nwe and the Agricultural Counsellor Mr. Frederik Heijink, who delivered an opening speech. 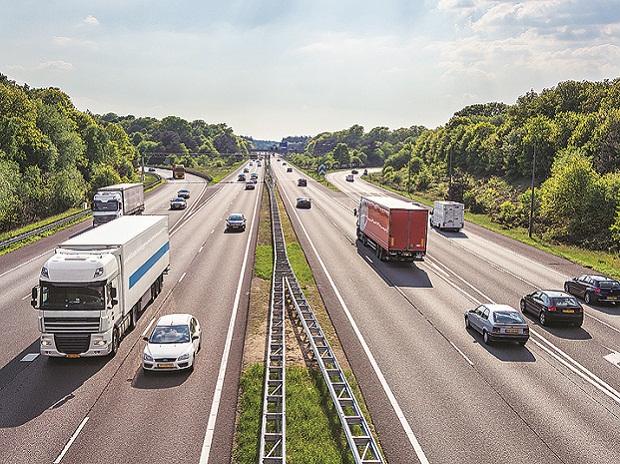 Present at the meeting were Deputy Minister U Kyaw Myo and officials from the Ministry of Transport and Communications, and officials from Moon Engineering Joint Venture Co., Ltd. During the signing ceremony, U Kyaw Myo, the Deputy Minister for Transport and Communications and Mr Hun-Il Moon, the Chairman of Moon Engineering Joint Venture Co., Ltd, delivered speeches.

Afterwards, U Zaw Min Oo, the Director-General of Road Transport Administration Department, and Mr In-Jin Kim, the Executive Director of Moon Engineering Joint Venture Co., Ltd, signed the consulting services contract.
To implement the RFID System, feasibility study and invitation to tender for developer will be conducted at designated times. The tendering processes will be conducted around end of 2019.