The committee set up by the government to handle the economic impact caused by the COVID-19 pandemic has issued a statement on which sectors of the economy would be prioritised for emergency low-interest rate loans that are part of a stimulus package.

Cut-make-pack enterprises in the garment industry, hotels and tourism businesses, and small and medium enterprises would be given preference for the loans. In the announcement, the task force said that these sectors are priorities in the country’s economy and also the ones most immediately affected by the global economic slowdown brought on by the pandemic.

Loans with interest rates of 1 percent for businesses in the categories will be disbursed from a K100 billion fund set up by the government. The sum is further divided into a K50 billion revolving fund and K50 billion social welfare fund.

On 29 March, he Ministry of Planning, Finance and Industry (MOPFI), which is part of the task force, announced that the loans will be provided at an interest of 1 percent for a one year period. MOPFI announced that the interest and loan period will be reviewed as required depending on the impact for the country’s economy.

The government noted that failure to pay back the loans shall be met with legal proceedings in accordance with the existing laws. Applications have to be submitted between March 30 to April 9.

On 30 March, the Union of Myanmar Federation of Chambers of Commerce and Industry (UMFCCI) announced that it will cooperate with the government to respond to the impact on the country’s economy and that it helps the sectors most impacted to apply for the loans.

The government also officially announced that the 2 percent advance tax on export items will be lifted until the end of 2019-20 fiscal year.

Myanmar enacted a new insolvency law on March 25, the new legislation will facilitate the government in managing and dealing with cases involving insolvency in Myanmar and is expected to strengthen the business environment and draw more foreign investors to the country.

The Insolvency Law linking to the Myanmar Companies Online Registration, which has 425 sections, includes recourse for micro, small and medium-sized enterprises (MSMEs) and directives related to cross border insolvency.

It aims to achieve nine objectives, including compatibility between national law systems and commerce systems, effective management, predictability and fairness throughout the process of insolvency and providing support for MSMEs facing financial difficulty. It will also provide protection for local firms entering the international market by building a framework for cross border insolvency.

Quek Ling Yi, Partner at Dentons Myanmar, said though, that the interpretation and actual implementation of the new law will have to be guided by directives or notifications issued at a later juncture.

But she noted that “in light of COVID-19, there is a possibility that poor market conditions and rising bad debts may force the authorities to publish the guidelines and notifications earlier than expected.”

The Central Bank of Myanmar announced on 16 March 2020 that it is revoking the banking licence of locally incorporated Asia Yangon Bank Ltd (AYB). The central said in its announcement that the revocation is for “breaching the country’s existing laws” but did not provide any further details on the matter.

The central bank has taken over management of AYB and made arrangements to allow customers who wish to do so to withdraw money their money during normal banking hours.

This only the third time the banking licence of a local bank has been revoked. In 2005, CBM revoked the licenses of Asia Wealth Bank, owned by U Aik Htun, and May Flower Bank, owned by U Kyaw Myint, for allegedly being involved in money laundering.

The directors of AYB are Daw Naing Myo Min Nu, U Myint Swe, U Myo Paing aka U Chain Shein, U San Tin, U Tin Pe and U Tun Win, according to company registration data from the Directorate of Investment and Company Administration (DICA).

AYB, which was founded some 20 years ago is headquartered in Botahtaung, Yangon, and has branches in Bayintnaung, Lewe, Mandalay, Taungoo, Monywa, Magwe, Pathein, Pyay and Minbu.

In July, 2017, the CBM introduced rules requiring banks to submit reports on large debts, amended the way bank liquidity ratios are calculated, changed loans offered by banks to fixed-term loans, and tightened regulations on types of assets banks can hold. Specific guidance was also issued for the qualifications of the members of the board of directors of banks, with banks instructed to adhere to the standards when appointing members to their board of directors.

The Yangon Stock Exchange (YSX) will allow listed companies to decide the number of shares available to foreigners.

Under the Myanmar Companies Law, foreign investors are allowed to a hold a maximum stake of 35 percent in Myanmar citizen-owned companies.

Foreign traders must pass a Know Your Customer (KYC) test before they can open a trading account.  Moreover, they have to adhere to Myanmar’s anti-money laundering and counter terrorism laws. The entire process will be supervised by the Myanmar Financial Intelligent Unit and is part of efforts to combat money laundering and illegal cash.

The Securities and Exchange Commission of Myanmar (SECM) announced on March 6 that foreigners can open accounts to trade shares of YSX listed companies starting from March 20. The YSC was first launched on December 9, 2015.  There are currently six companies listed on the bourse.

The Securities and Exchange Commission of Myanmar (SECM) has announced that share trading by resident and non-resident foreigners shall start on March 20.

SECM issued an instruction on March 6 allowing the opening of securities accounts by foreigners and daily share trading of listed companies on the Yangon Stock Exchange (YSX).

According to the instructions, securities companies can now receive applications from foreigners who are resident and non-resident under the foreign exchange management regulations.

Foreigners cleared to trade in stock market next month

The Securities and Exchange Commission of Myanmar (SECM) will permit foreigners to trade on the Yangon Stock Exchange (YSX) by March.

The development comes after the SECM issued a July 2019 notice saying that foreign individuals and locally-registered entities would be permitted to invest in up to 35 percent of the shares of the companies listed on the YSX but without specifying a date.

The SECM is working on increasing the number of listed companies on the bourse by a corporate governance framework for public companies to follow, sharing knowledge and awareness regarding the stock market as well as including foreign investors in the stock market.

The YSX has a market capitalisation of over US$400 million. It was launched in December 2015 and trading started from March 2016.

Pyidaungsu Hluttaw on February 14 passed a new Insolvency Law to further strengthen the business environment and draw more foreign investors to the country. The new law replaces the Yangon Insolvency Act (1909) and the Myanmar Insolvency Act (1920).

The law, which has 425 sections, includes recourse for micro, small and medium-sized enterprises (MSMEs) and directives related to cross border insolvency. It aims to achieve nine objectives, including compatibility between national law systems and commerce systems, effective management, predictability and fairness throughout the process of insolvency and providing support for MSMEs facing financial difficulty as well as protection for local firms entering the international market by building a framework for cross border insolvency.

The law will facilitate the government in keeping track of any insolvency cases after implementation, according to the Myanmar Doing Business Team.

Myanmar’s new Trademark Law establishes the framework for a comprehensive trademark registration and protection system, which will enter into force soon.
This is relevant and important to both foreign and domestic trademark owners, who should review their portfolio in light of these significant legal changes.
The law is also a positive move for businesses in Myanmar as they have long relied on outdated colonial-era laws to protect their intellectual property rights.
Trademark owners should review their portfolio and decide which of their trademarks have to be registered under the new system for protection in Myanmar. International trademark owners should further be aware of the common miss-use of well-known international marks in Myanmar and be ready to oppose any filings which violate their rights.

Myanmar’s new Trademark Law 2019 establishes the framework for a comprehensive trademark registration and protection system in line with international standards. This is an important step by the government to attract new investments, relevant for both foreign and domestic trademark owners.

Although some details remain to be published (such as the fees), the enactment of the new law represents an important milestone in Myanmar’s transition to a modern trademark system. 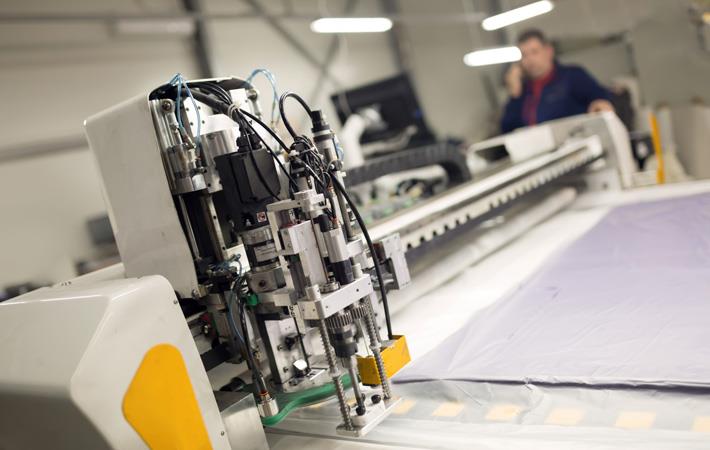 Myanmar is drafting a national textile policy for the development of domestic textile sector, according to the ministry of planning, finance and industry. The drafting process was initiated in January 2018 and the first stakeholder meeting was held in January last year involving relevant ministries, private organisations and textile businesses.

The policy is being drafted with the help of German government’s development organisation GIZ.It will include action plans, road maps, laws, rules and procedures, infrastructural development, creation of business environment that encourages local and foreign investment, manufacturing of value-added products, socio-economic development, technological acquirement, market competition, easy external trade and strengthened economic cooperation, according to a report in a Myanmarese newspaper.

Myanmar is also implementing a National Export Strategy (NES), under which there will be measures like transition of cut-make-pack (CMP) garment system into free on-board (FOB) system, adoption of bonded warehouse system and establishment of specialised textile and garment zone for boosting export.

The main of the new law is to enable the systematic investigation of serious injury to domestic producers or serious threat to domestic producer due to the increase in quantity of any kind of imports into Myanmar, and to support the competitiveness of domestic manufacturers during a certain period. The passing of legislation to manage the quantity of imports is needed to help the country’s economic development. The new law will be especially helpful for small and medium enterprises.

The law defines an “increased quantity of imports” as “a quantity of any kind of imports into Myanmar significantly higher than the amount of domestically produced goods that are similar or directly competitive”.Remedies under the law include tariffs and restrictions on import quantities.
Total trade volume for the period between October 1, 2018 and September 30, 2019 US$35 billion, with exports valued at $16.9 billion compared to imports of $18 billion. At $1.1 billion, the trade deficit falls short of the government’s target of $500 million. That trade deficit to $1.1 billion in fiscal 2018-19 is the first time in six years that imports grew faster than exports.