SEZs rake in investments of over $76 mln in current fiscal

SEZs rake in investments of over $76 mln in current fiscal 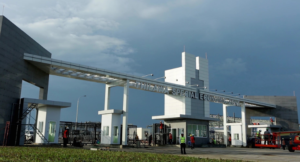 Foreign investments of US$76.14 million have flowed into the Special Economic Zones (SEZs), under the Special Economic Zone Law, as of 10 January in the 2019-2020 financial year, according to figures released by the Directorate of Investment and Company Administration (DICA).
A total of 115 enterprises from 18 countries and four local businesses ploughed in $1.92 billion as of end-December, 2019 in the zones, data on investments by permitted enterprises shows.
Japan has topped the list of foreign investors so far, accounting for more than 35 per cent of the overall investment, followed by Singapore and Thailand. FDI also flowed into the SEZs from the Republic of Korea, Hong Kong, the UK, Australia, the UAE, Malaysia, Austria, China (Taipei), Panama, China, Brunei, Viet Nam, France, Switzerland, and the Netherlands.
At present, more than 70 businesses are operating in the Thilawa SEZ, and some businesses are beginning to export goods. The SEZ is employing over 20,000 workers, including permanent and construction workers, according to the management committee.
A company exporting at least 75 per cent of the production in value is registered as a Free Zone investor, and is exempt from paying corporate tax for 7 years from the time it starts commercial operations. Companies such as logistics, which support export-oriented manufacturing, can also be free zone companies. Domestic-oriented manufacturing companies are regarded as promotion zone companies, and they are eligible for a five-year holiday on corporate tax.
There are other tax incentives for free zone and promotion zone investors on importation of capital goods, raw materials, and merchandise, and consigned goods and vehicles. Further details about the tax system are available on http://www.myanmarthilawa.gov.mm.
While the manufacturing sector has absorbed the largest share of foreign investments, FDI has also flowed into the trading, services, transportation and logistics, real estate, and hotel sectors in the past.
Myanmar is currently implementing three Special Economic Zones — Thilawa, Kyaukpyu, and Dawei. Out of the three, Thilawa is leading with better infrastructure and successful businesses.