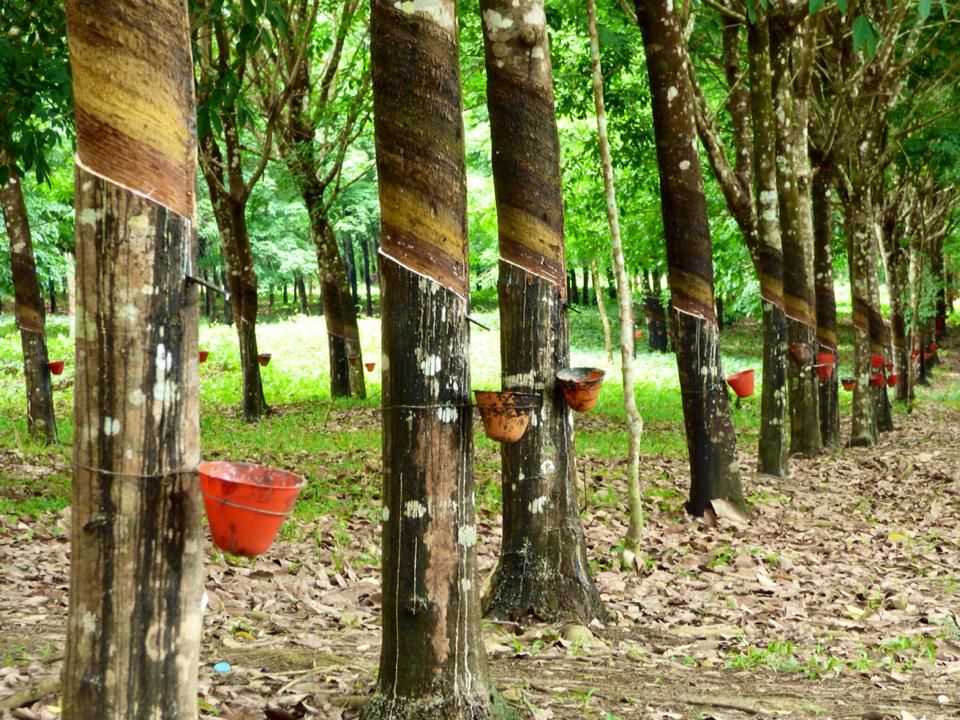 Myanmar exported over 190,000 tons of rubber, worth around US$250 million, to its trade partners in the past 11 months, surpassing the targeted volume of 170,000 tons for the current fiscal year, according to figures released by the Ministry of Commerce.

The increase in earnings in the current fiscal was pegged at $60 million. About 150,000 tons of rubber was shipped to foreign markets in the 2017-2018FY, and Myanmar had raised its export target to 170,000 tons for the 2018-2019 FY. The target was increased because the production acreage increased up to 800,000 this year. According to the Myanmar Rubber Planters and Producers Association (MRPPA), there are over 1.63 million acres of rubber plantations across the country, of which, latex is produced on 700,000 acres last year.

China accounts for 70 per cent of Myanmar’s rubber exports. Singapore, Indonesia, Malaysia, Viet Nam, South Korea, India, and Japan also purchase rubber from Myanmar. At present, rubber prices are ranging between US$1,500 and $1,700 per ton, depending on the rubber variety (Ribbed Smoked Sheets, or RSS, 1,2,3, 4, and 5). Rubber prices can vary depending on the dollar rate, global crude oil prices, and the global political climate.

All stakeholders in the rubber supply chain are making concerted efforts to produce profitable quality rubber. The MRPPA has also called for rubber zones in the producing regions and states, in addition to main producer Mon State. At present, the rubber law is still being drafted. The government and rubber associations are endeavouring to set up a central rubber market after the rubber law comes into effect. Rubber is primarily grown in Mon and Kayin states and Yangon, Bago, and Taninthayi regions.